This morning I met a blue velvet sky, punctuated with stars like sequins on my Western blouse, which hung over The Hollow. It found me putting on layers, finding gloves and packing up dog cookies.

It was the morning of the second Women’s March. The night before I had made a small poster stating “VOTE – 2018”. After deciding to take our dog June Carter, I knew I wanted something I could easily manage. And what’s more important than: VOTE 2018! 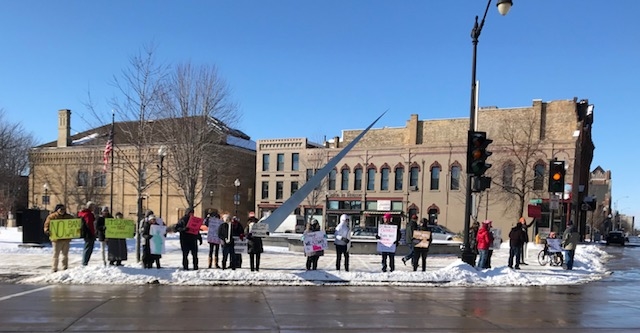 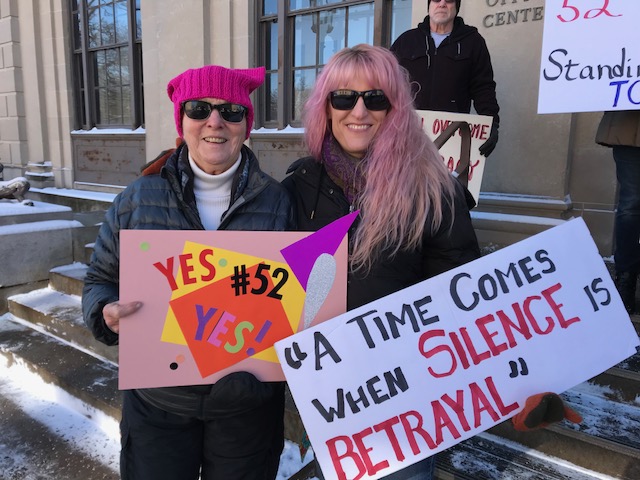 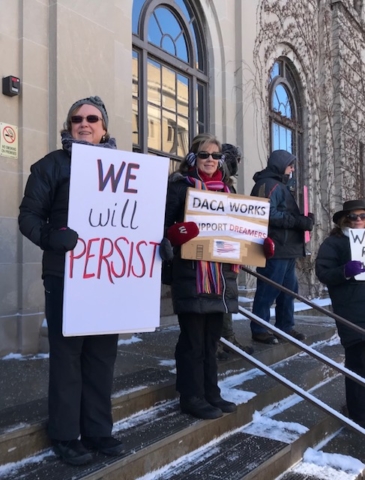 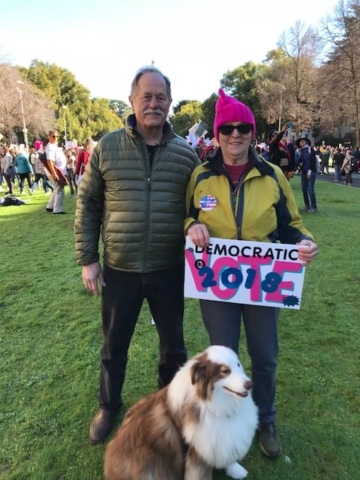 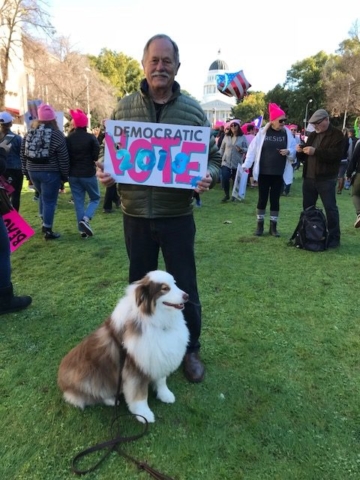 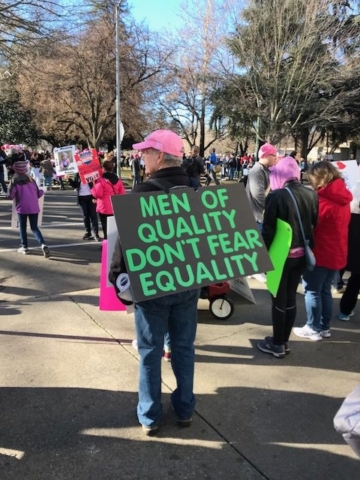 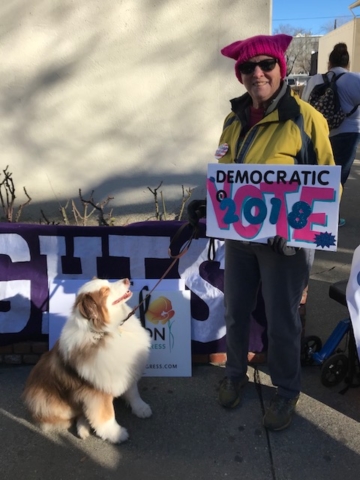 Now, at the end of the day, I am looking over the same Hollow watching wisps of pink clouds make a subtle winter sunset. The day could not have gone better – as we like to say.

We arrived early, found a good parking place and wandered around South Park. Our first order of business was to find Regina Bateson’s contingency. She is challenging Congressmen Tom McClintock (R) in District 4. We are to host a House Party for her on February 4th. We found her amidst a gaggle of pink hats and Bateson yard signs.

Jerry, because of his knee, agreed to re-park the car and meet me towards the end of the March near the State Capitol. He left to buy a t-shirt while June and I stood packed in the gathering crowd of wildly creative signs and ‘pink’ hats in varying colors.

For the next hour, June and I ‘worked the crowd’. She was a star. We met people in wheel chairs, crutches, walkers and canes, young folks and lots and lots of kids whose parents were trying to entertain them while waiting. In retrospect, in some ways I’m glad I was by myself because I could strike up so many different conversations – some about dogs but most about the State of the State. With one young man, who leaned his bicycle up against a giant Valley Oak, I ended up sharing about my time in Wisconsin on Senator Ron Johnson’s steps for #52 Tuesdays. He was blown away. It is a powerful story.

About 11 o’clock cheers rippled in waves and the air vibrated with electric energy as the massive crowd began to move. June and I were swept up in the crush. Many asked “…can I pet your dog? And “…oh, she’s soooo fuzzy … she’s so well behaved …” I was surprised – like the Velveteen Rabbit – that her hair didn’t wear off. After this experience, June could be a permanent protest dog.

An hour later, with the sun overhead and the stunning Sacramento architecture silhouetted against a Sierra blue sky, we turned the corner to see the Capitol and to find Jerry.

Now I am once again sitting, looking out over the Hollow – absorbing the day while the evening sky dresses in soft satin.

And to say thanks you to each of you for all you do each day – the way you live your life, how you contribute. We each make a difference.