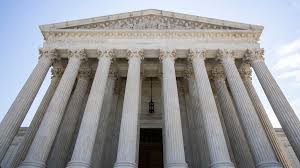 President Trump and Mitch McConnell appear bent on ramming through a hasty 11th hour lifetime appointment to the U.S. Supreme Court. This naked power grab will do long term damage to the Court, our country and both parties.

We all know the court itself is badly divided and has been losing the respect of the public. Justice Ruth Bader Ginsburg was widely admired and respected both on the court and by the public. All indications are her replacement, though likely to be a woman, will be one whose views are the opposite of Ginsburg’s with respect to reproductive rights and the role of women in society. A rush job will damage the new Justice as it did Justice Kavanaugh and further erode respect for the Court.

Joe Biden is calling for turning down the rhetoric and working across the aisle. We need that badly. If Biden is elected, he should nominate the next Justice. If Trump is re- elected, he will have plenty of time to make this appointment, and it will be legitimate.

Four years ago, Republican Senators refused to give President Obama’s nominee, a respected moderate judge, even the courtesy of a hearing. They said with an election coming up in ten months, this was no time to move forward. They said the public’s voice should be heard first. Now, with the election just weeks away, and voting underway, their position is to hell with the public’s voice. It is transparently dishonest and indefensible. Who cares, they say. We have the power. Let’s use it. This attitude is guaranteed to create a backlash that will not be good for anyone.  It will destroy any hope of civility and working together and any possibility of rebuilding our ability to talk to one another. Ramming this appointment through now is a huge mistake.

The public deserves a chance to vote. Let us do what we can to stop this train wreck by calling and emailing senators like Alaska’s Lisa Murkowski, and Utah’s Mitt Romney, Senators who have shown a willingness to put country ahead of party. As have Tennessee’s Lamar Alexander, and Kansas’ Pat Roberts, both longtime traditional Republicans who are retiring. They can each refuse to vote for all-out war and thereby lay the groundwork for the return of the Republican party of Ronald Reagan. A party willing to work to unite not divide. If we can put the brakes on this attitude of –”heads I win, tails you lose”– approach to politics, our future disagreements can be managed with the honesty, integrity and compromise we so desperately need.