Dear friends,
We recently received an email from a friend who said:

“I was all ready to send emails to friends about voting for Jessica, when I saw the Sac Bee endorsement for Regina. If Jessica really has been less than honest, the Republicans will take full advantage of that. What’s your take?” 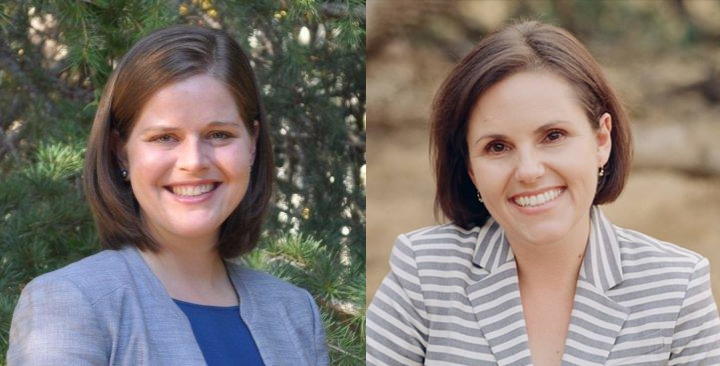 Our take is that both are wonderful women and great candidates. We are voting for Jessica Morse for the following reasons:

First, we personally met each candidate at the house parties we held for them. We heard them speak to the issues. We feel Jessica is the stronger candidate because she is focused specifically on matters of importance to the District including fire prevention and forest preservation, Broadband, rural health care, road repair, and education. Her answers to questions were forthright and strong. Frankly, so were Regina’s.

Unlike McClintock, both women were raised in this area, Jessica in Carmichael and Regina in Granite Bay. Both have impressive academic and work backgrounds that are similar. Regina has taught counter-insurgency and worked for the State Department. Jessica has worked in Iraq on reconstruction and in the Far East at a high level with the Navy. It is unfortunate that Regina chose to renege on her promise to support whoever the democratic party endorsed and to go negative and attack Jessica for embellishing her resume. Jessica’s resume is pretty impressive on its own. We believe the decision to go negative may hurt Regina more than Jessica who has kept to the high road.

Either way, this negativity is not going to have a significant influence In the general election. You can count on the Republicans to viciously attack whichever one of them wins the primary. It will have little to do with their qualifications. Instead, the Republican’s will be claiming Jessica or Regina, as the case may be, is a far-left radical under the control of Nancy Pelosi. They will claim they are Democrats, who can hardly wait to get to Washington and vote to “take away your guns”, and impeach Trump and make the U.S. a “sanctuary” country for rapists and murdering drug dealers from Mexico.

We don’t believe we should waste our time in the primary trying to anticipate the Republican strategy depending on who the Democratic candidate turns out to be. We know their attacks will be disgusting and nasty either way.

Penny and i are committed to fighting hard for whichever woman wins the primary and not falling into the HIllary/Bernie divisiveness. Either candidate will be an outstanding improvement on our current representative. Either one will fight for what is important for our District and for the Country instead of voting in lockstep with those tearing the country down.

Jerry and Penny
PS: BTW the BEE’s list of endorsements, includes both Jessica and Regina. Probably for the same reasons we have listed above.