They say when you find yourself in a hole, stop digging. The U.S. Treasury is in a massive hole. It is the mega trillion-dollar deficit. This is the sort of thing that crashed the economy in Brazil and Venezuela. It is the problem in Puerto Rico where borrowing has outstripped the ability to pay it back.

The Republicans under President Bush took over a balanced budget, ran up the deficit even more and allowed rampant greed on Wall Street to crash the economy. The United States barely avoid a second Depression in 2008. Thanks to heroic efforts by President Obama and the Federal Reserve System, the Democrats rescued the banking system and brought the economy back from near death. The Republicans obstructed the effort every way they could. They railed against any increase in the federal debt. Insanity is to increase the federal debt by $1.5 – $2 trillion in order to give the richest people on the planet more money.

The Federal Budget situation can now be likened to an overloaded boat. Our roads are crumbling along with the electrical grid. Corporations are off-shoring their profits. Many of the largest pay no taxes at all. Only those with incompetent accountants pay the posted rate of 35%. The working poor are living pay check to pay check without health care.

Thanks to the new tax bill, even more corporations will ride free while sixty percent of us in California experience a tax increase. The arguments for the bill are simplification, fairness and jobs. Not one bit of it is true. The tax code is more complicated, less fair, and only a miracle will see any of the money actually result in jobs. The worse part though, is that the federal debt increases dramatically and federal revenue decreases.

The ink is not yet dry. Predictably, the Republicans are already calling for cuts to Medicare and Social Security. They say given the lower revenue and debt we can no longer afford to take care of the elderly, the sick and the poor. We don’t have the money. Neither do workers. Wages are so low many depend on food banks to make it through the month. We can’t afford needed infrastructure improvements either. The money is gone. 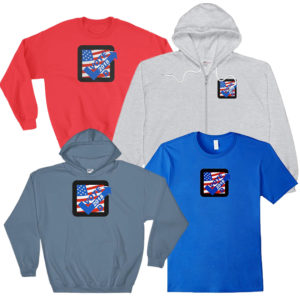