Folks from surrounding towns and counties came to the steps of Senator Ron Johnson’s Oshkosh office yesterday to make a statement about the Senate’s health care bill. There were two television stations there and several interviews. 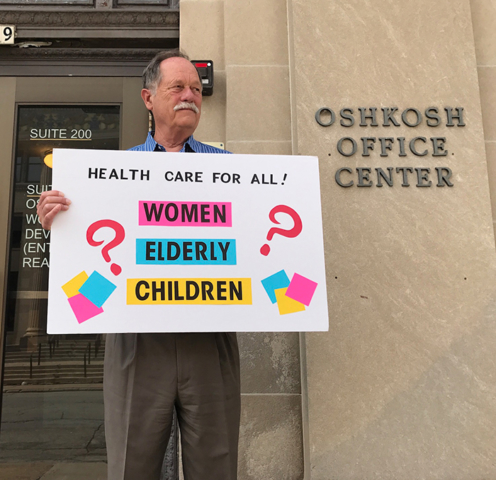 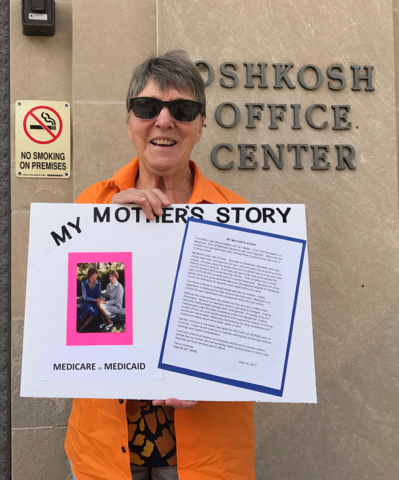 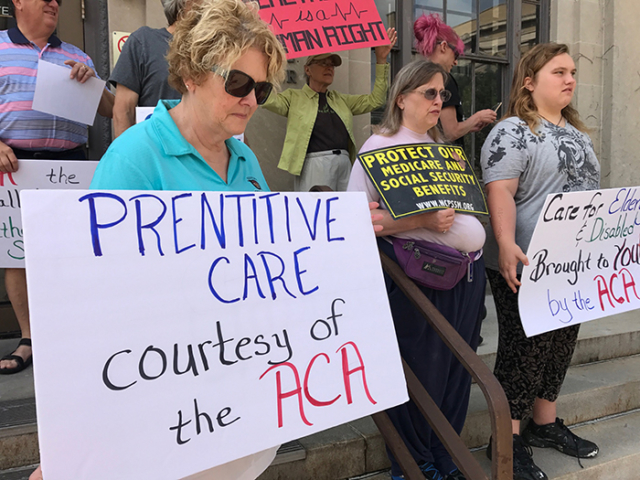 The Better Care Reconciliation Act isn’t Better. It will hurt the elderly on Medicare. 20% of Medicare recipients are “dual eligibles”. Many are the mothers and grandmothers who outlived their husbands and are now in nursing homes.

My Mother was one of these. She was on Medicare. But when she was mostly bedridden and required 24 hour care she went into a nursing home. Initially, she paid using the assets she and my father had built up over their lifetime plus his pension. Eventually all her money was gone except the monthly pension and social security checks. That covered only a small party of the $6,000 a month cost of nursing home care. Because all of her assets were now gone and she was poor she became eligible for Medicaid. It paid the difference for several more years before she died.

Two thirds of those in nursing homes are like my mother—totally dependent on Medicaid for their around the clock care. Medicare only covers the pain medication and occasional visits from the doctor.
Medical bills impoverished my mother as they do many middle class Americans. None of us have any control over what is charged. Cutting care and cutting eligible people won’t change that. Runaway drug and medical care costs will keep increasing under the Senate bill. Cutting people off the rolls and reimbursements that support the elderly in nursing homes isn’t the answer. Reducing overcharging by drug companies and medical providers would be a better place to start.

Senator Johnson to his credit has called for BETTER not WORSE care for America. I hope he will continue to oppose rushing this bill through without hearings and careful consideration.

It will hurt millions of children and disabled adults not to mention elderly people like my mother who will someday need nursing home or home care that they and their families cannot afford.